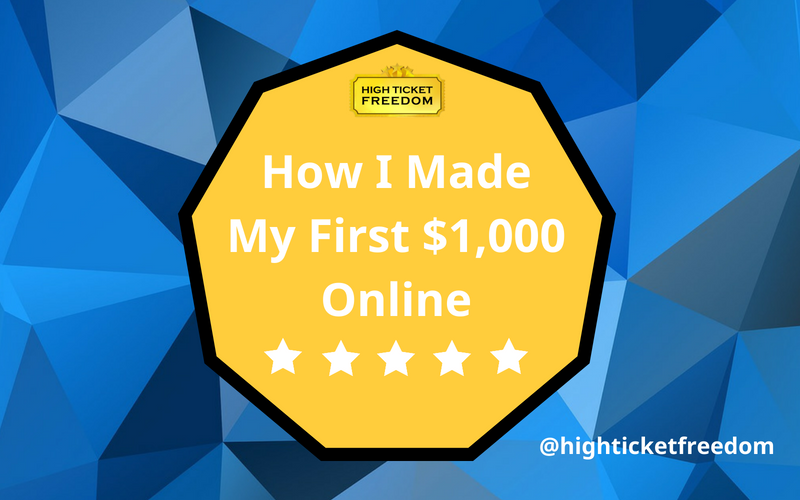 Summer break was a few days away back in 2011 in the hot Miami weather.
I walked from my college dorm room to the business building to speak with one of the business professors about nothing because I didn’t have anything better to do that afternoon.

All of a sudden as I walked past the IT department I saw there were several stacks of mini – dell inspiron laptops sitting there waiting to be sold or shipped back.
And when I say stacks, there were literally more than 500 laptops there.
I walked into the office and asked the woman there what they had planned to do with those laptops…
She replied they were going to sell them back to the company, and get rid of them…

In an instant an idea hit me, that if I could sell these laptops then I would be a position where I could make thousands of dollars selling these ’like-new’ laptops.
This was my shot, but I had no money in my pocket to even buy 1 laptop for $100… (the store value of these laptops were about $400 – $450 new at the time)

Just then an idea hit me that I’d learned from reading rich dad poor dad.
If I could borrow someone else’s money, then I could sell these laptops – give the money back to that person and then use that money to make more.
So I scrambled through my phone book as quickly as I could to find a person who would let me borrow at least a thousand bucks to get myself a few laptops to sell.
I called and called and called until finally I got on the line with a client who I’d been advertising for and helping get more traffic and sales into his luxury automobile dealership.

He was happy to come out and let me borrow the money because he knew I could help him make his money back and he needed a few laptops as well.
The next day he came out and gave me $1,400 cash and we bought 14 laptops on the spot.
Over the course of the next 2 weeks I’d managed to sell about 2 laptops right away using craigslist, and he came and took 3 from me for personal use leaving me with 9 laptops to sell.
At the 2 week mark, he also gave me a call and asked if I’d sold the laptops yet.
I told him no, but gave him my word that I’d have his initial investment back to him by that Friday, this conversation took place on a Monday.

Now it was time to go into hustle mode and get it done because I had this extreme pressure on my back.
There I was left with 9 laptops and no idea of what to do to sell them.
Funny thing was, when I first and accidentally got started making money online – I was buying video games from eBay as a college freshman (18 – 19 years old). Then once I’d beaten those games, I decided I might as well sell them back on eBay thinking it was like blockbuster or something.

When I sold those video games, the money came to me via paypal – and I had no idea what paypal was so I just spent that paypal money right back on eBay and more video games.
Now bringing you up to speed, the videos games I sold on eBay reminded me that I knew how to sell stuff online – and I was darn good at writing messages that made money.

So why not write a great message on eBay, and sell the laptops online!
DING! Idea set. It was time for ALL OUT MASSIVE ACTION!
Within 30 minutes I had roughly 9 posts up on eBay about these used but in ‘like-new’ condition mini laptops I was selling.
That was it, and my work was done.
I went to sleep that night with a small worry about what in the world I was going to do to sell those laptops and get my client back his money.

Then I woke up in the morning and checked the stats on eBay and in my paypal account.
I almost couldn’t believe what I was looking at because there was a comma in my paypal account with my name on it.
There it was staring me in the face – $1,100 that was made while I was sleeping!
I’d managed to sell 3 laptops for a 350% + return on investment.

I still remember that day because it changed my entire life for the rest of my life.
I felt like I just rode a large roller coaster for the first time in my entire life and everything was now changed.
The adrenaline I felt that morning was unlike anything I’d ever felt before and I wanted more of it.
Later that day I called my partner and told him I had the money. The cash was wired to his account the following day. That day the 3 laptops were shipped and I still had 6 more to sell.

I then went on to sell the rest of those laptops…resulting in a nice 4 figures of pure profits for me, and I haven’t looked back since.
Now I’m at the point where I sell 4 figure programs, and even have clients that have paid me 6 figures to work with them on high level marketing campaigns.

I have clients who I’ve trained and taught high level information to that have accomplished things like:
– Landing their first $5K client in 2 weeks
– Gone from newbie to making $15K in 9 days
– Doubled their income in less than 1 month from following my FREE advice
– Gone from $1K in sales to well over $10K in sales in a few months
– Create viral challenge videos on social media that received attention from Hip-Hop and R&B celebrities
And the list goes on…

I’ve even helped one of my clients attract $350K in investment capital, and introduce my clients to billion dollar buyers in the food and beverage industry who have a serious interest in working with my clients and myself.

Since hitting that first $1,000 day things have really changed for me, and for a lot of the people who I’ve helped.

I share my story with you to inspire you, and also to let you know that there is an opportunity for you to take your life and business to the next level if you’re really ready for it.

I have no fear of putting myself out there because I know there is someone out there who really needed this message today.

Also I know there is someone out there who’s tired of getting mediocre results in their life and business, and really want to take things to the next level.

If you want to take things to the next level, then you can get started by going here High Ticket Freedom

P.S. Just because you aren’t where you want to be yet doesn’t mean that you’ll never make it there. NO. It only means that you need a new plan to start creating 4 and 5 figure days in your business.
With the right knowledge, guidance, and information you can change your entire life in just a few days from now.

P.P.S. The story above that you read is true. If you see any typos, grammar errors, misspellings, or something like that – just realize I’m human like you – and even though I bank 5 figure months (which is really small in the big business world where the billion dollar players are at) I am not perfect. That also proves you don’t need to be smart or privileged in order to make money and lasting change in your life and business.

P.P.P.S. I always wanted to be a millionaire, and when I counted my first million it was here in Colombian Pesos. Hey it’s not USD but it’s still well over a million in a foreign currency. And earning in American dollars while living on pesos or baht is very enjoyable. I highly recommend you to learn about geo-arbitrage and leveraging your dollars to live like a king or queen in another country. I’m writing you this from my living room table here in Medellin Colombia. If you want to learn more, then click here High Ticket Freedom

Get Your FREE Gift 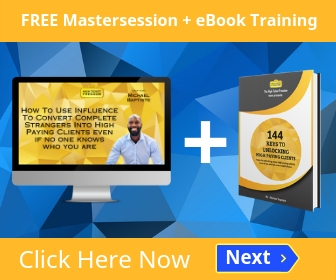 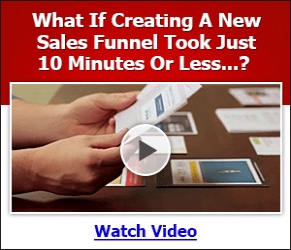 Get Your FREE Gift 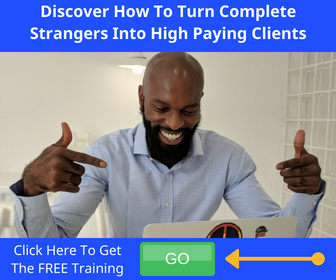